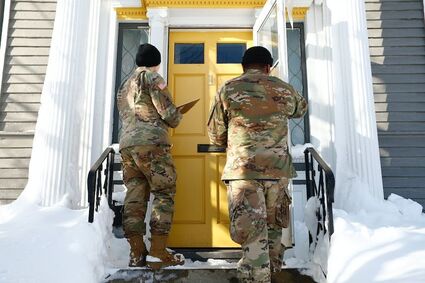 The National Guard went door to door in parts of Buffalo on Wednesday to check on people who lost power during the area's deadliest winter storm in decades, and authorities faced the tragic possibility of finding more victims amid melting snow.

BUFFALO, N.Y. - Roads reopened Thursday in storm-besieged Buffalo as authorities continued searching for people who may have died or are stuck and suffering after last week's blizzard.

At least 40 deaths in western New York, most of them in Buffalo, have been reported from the blizzard that raged across much of the country, with Buffalo in its crosshairs on Friday and Saturday.