Laying down the law for troubled youths

Minnesota's juvenile justice system is broken. Colorado shows how it could be better 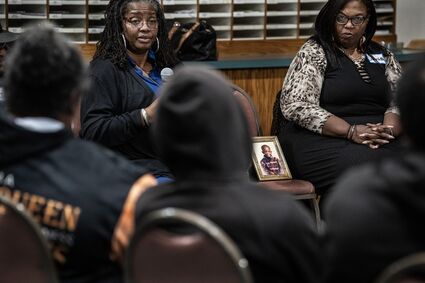 As teens charged with gun crimes listened, Debra Dorsey, left, and Sharletta Evans spoke about what they have lost to violence: their babies.

Six teenage boys dressed in hoodies and wearing ankle monitors sat in silence as they passed around a photograph of a 3-year-old named Casson, who was killed in the crossfire of a gang shootout 27 years ago.

The photo of the toddler made its way back to the boy's mother, Sharletta Evans. She described the final, agonizing moments of Casson's life, of crying out for help as she cradled her bleeding son in her arms.

"Tonight, the mother in me is rising up, because I hear too many of you making excuses," Evans said. "You have to understand that children are dying, that my beautiful baby boy is never coming back, and your life is at risk because of your choices."