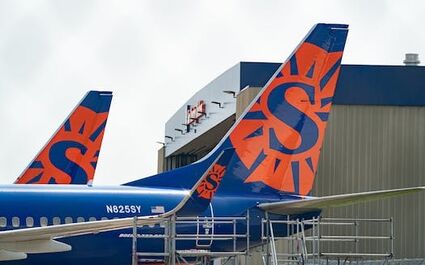 Two men were charged with disorderly conduct in an incident aboard a Sun Country plane.

Police at Minneapolis-St. Paul International Airport on Wednesday cited two men for allegedly fighting aboard a Sun Country plane while it was sitting at a gate in Terminal 2.

Eddy Soto, 42, of Chicago and Justin Michael Dodd, 30, of Belle Plaine each were cited for disorderly conduct/brawling or fighting.

Airport police officers responded at 5:12 p.m. Tuesday to a report of a disturbance onboard the aircraft that had arrived from Tampa, Fla., at Gate H4. They subsequently determined that two men were fighting on the plane.