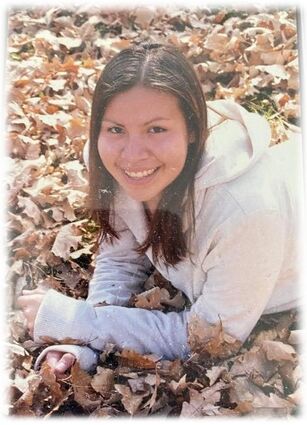 Nicole Marie Northbird, "Ginew Ikwe" meaning "Golden Eagle Woman", age 30, of the Eagle Clan, from Cass Lake, Minnesota began her journey to the spirit world with her family by her side at Sanford Medical Center in Fargo, North Dakota on Thursday, December 22nd, 2022.

Nicole was born to Cathy Littlewolf and Louis Northbird Jr. in Bemidji, MN on October 31st, 1992. Nicole "Biggin" which her daughter affectionately called her, grew up in Cass Lake and graduated from Cass Lake High School in 2011. She was a very outspoken, tell it like it is girl and was always ready to ride out on someone. She had a loud voice, and her mother would tell her to talk in a low voice in which she responded what's that? Nicole always had a big cheesy smile on her face all the time. During her high school years, she played softball and was a cheerleader for football and basketball. As a teen she also boxed and loved to play 60 with the strawberry field crew. In 2008 Nicole was selected to be the 2008 Leech Lake Senior Princess which to her, was a great honor. Nicole was in the process of returning to the Leech Lake Tribal College. At home, she enjoyed beading, drawing, reading, and watching her son play X-box. Nicole and her daughter liked to sing sunflower, old town road and the song "I Love You Baby and if it's quite alright I need you baby, trust me when I say, oh pretty baby". Nicole loved doing her makeup, nails, hair and listening to music. She also loved to watch The Granny Squad play darts and made sure they got home safely, she was their DD. Nicole will be missed dearly by her cigarette buddy, her grandmother Marilyn.

Nicole's care has been entrusted to Northern Peace Funeral Home of Walker, MN. Online condolences for the family may be left at http://www.northernpeace.com