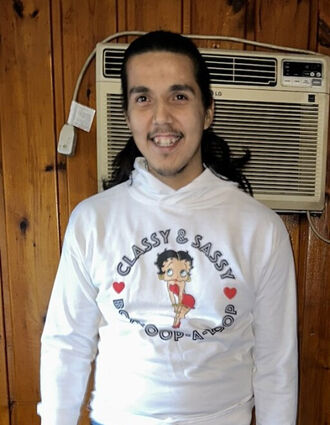 Myron Joseph Howard, age 26, of the Bear Clan and Cass Lake, MN, started his spiritual journey on Saturday, December 24, 2022, from Cass Lake IHS. He was born on June 16, 1996, in Minneapolis, MN, the son of Sandra (Howard) and Leslie Robinson, and raised by Arlene and Joseph Fairbanks.

Myron loved being with his children, and being an uncle, especially to Junior, Joshua, Diamond, Mia, Kai'amone, TayVon, and Ah'Niyah. He was always taking care of everyone and happy doing so. He was always wrestling with his siblings, or they'd be making their own fun with what they had available. Myron was a kind, and caring young man, who was loved by all who knew him. He enjoyed playing basketball, hunting, fishing, cooking, and cheering on all of the Minnesota sports teams on television. Myron will be greatly missed by all who knew and loved him.

Those greeting Myron in the spirit world are his biological mom, Sandra Howard; his mom who raised him, Arlene Fairbanks; brothers, James and Johnathon Howard, Jeffrey Keezer, Peter Headbird, and Lance Robinson.

Myron's care has been entrusted to Northern Peace Funeral Home of Walker, MN. Online condolences for the family may be left at http://www.northernpeace.com