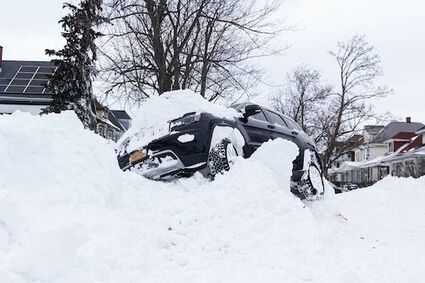 BUFFALO, N.Y. - Buffalo residents hovered around space heaters, hunted for cars buried in snow drifts and looked for more victims Monday, after 28 people died in one of the worst weather-related disasters ever to hit western New York.

The rest of the United States also was reeling from the ferocious winter storm, with at least another two dozen deaths reported in other parts of the country.

Up to 9 more inches of snow (23 centimeters) could fall in some areas of western New York through Tuesday, the National Weather Service said.