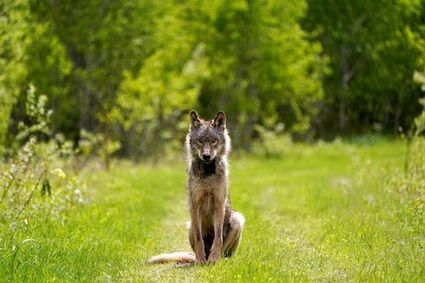 A gray wolf was fitted with a GPS camera collar by the Voyageurs Wolf Project in May 2021.

Minnesota wildlife officials have finalized a plan to keep the state's wolf population stable for the next decade. The Minnesota Department of Natural Resources would aim to keep the population between 2,200 and 3,000 animals, which is where it has been for about 30 years.

Gray wolves are an endangered species managed under federal protections. But multiple attempts have been made since the 1990s to remove those protections and return wolf management to the states.

Wolves have thrived in Minnesota - the only place in the Lower 48 that never trapped and poisoned them to extirpation. The state still has the biggest wolf population in the country outside of Alaska. Fluctuating around 2,700, their numbers have not changed much since the 1990s. They may have plateaued here - inhabiting just about every place that prey and human tolerance will allow.