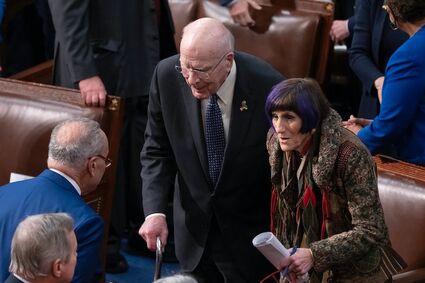 WASHINGTON - The Senate passed a massive $1.7 trillion spending bill Thursday that finances federal agencies through September and provides another significant round of military and economic aid to Ukraine one day after Ukrainian President Volodymyr Zelenskyy's dramatic address to a joint meeting of Congress.

The bill, which runs for 4,155 pages, includes about $772.5 billion for domestic programs and $858 billion for defense and would finance federal agencies through the fiscal year at the end of September.

The bill passed by a vote of 68-29 and now goes to the House for a final vote before it can be sent to President Joe Biden to be signed into law.