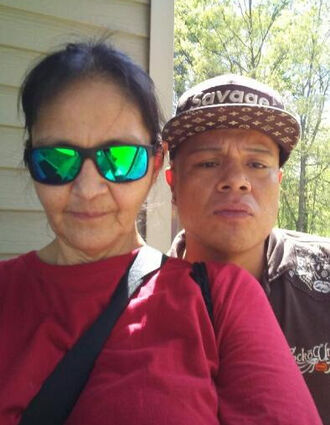 When Eric was 3 months old, he moved with his family to Minneapolis, MN. In 1983 the family moved to Cass Lake. Eric attended the Bug School and completed junior and senior high school in Walker, MN before enrolling in the Leech Lake Tribal College. Some of Eric's favorite things to do were making jewelry, planting flowers and yard work. He enjoyed mo-town music and stargazing, which lead to his fascination with UFO's and the paranormal. Eric looked forward to spending time with his family and friends whenever he could.

He leaves behind his mother, Darlene Bellanger, his Uncle Kenneth, his big sister, Jessica Couch and numerous nieces and nephews.

An overnight wake for Eric will begin at 4:00 p.m. on Friday, December 23rd and continue until his 10:00 a.m. funeral service on Saturday, December 24th all to be held at the Veteran's Memorial Building in Cass Lake, MN. Father Bill Butcher and Father George Ross will be officiating. Pallbearers for Eric will be Aaron Hufstetler, Cobe Nabors, Daryl MacFarlane, Clyde Reyes, Wade Robinson, and Jay R. Robinson. Alternate Pallbearer Chris Reyes. His honorary pallbearers are Lorreena Hart, Lori Rock-Yanez, Rhiannon Hufstetler, Kirsten Turner, Kelsie-M. Robinson and Jessica Couch. Interment will be in the Prince of Peace Cemetery at Cass Lake, MN.

Eric's care has been entrusted to Northern Peace Funeral Home of Walker, MN. Online condolences for the family may be left at http://www.northernpeace.com