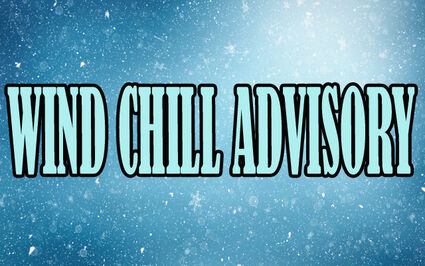 * WHERE...Portions of north central and northwest Minnesota and northeast and southeast North Dakota.

* IMPACTS...The dangerously cold wind chills could cause frostbite on exposed skin in as little as 10 minutes.

Use caution while outside. Wear appropriate winter clothing.

This hazardous weather outlook is for portions of eastern North Dakota, west central and northwest Minnesota.

1 to 4 inches of snow today into tonight, locally higher possible in west central Minnesota. Hazardous wind chills in the 25 below to 35 below zero range.

DAYS TWO THROUGH SEVEN...Thursday through Tuesday

The main issue will be blowing snow potential Thursday late into Friday night, mainly in the Red River valley and eastern North Dakota. North to northwest winds will increase to 20 to 35 mph and this will cause blowing snow. The question will be how severe and widespread will the visibility reductions be. That is uncertain still.

Wind chills will remain hazardous and occasional drop to lower than 40 below zero Friday.

Snow, mainly before 4am. Temperature falling to near -13 by 11pm, then rising to around -8 during the remainder of the night. Wind chill values as low as -27. North northwest wind 5 to 10 mph. Chance of precipitation is 100%. Total nighttime snow accumulation of 1 to 3 inches possible.

A 50 percent chance of snow before 9am. Mostly cloudy, with a high near -3. Wind chill values as low as -28. Northwest wind 10 to 16 mph, with gusts as high as 26 mph. New snow accumulation of less than a half inch possible.

Patchy blowing snow after noon. Mostly cloudy, with a high near -2. Wind chill values as low as -33. Northwest wind around 18 mph, with gusts as high as 32 mph.

Mostly sunny, with a high near 7. West northwest wind around 7 mph becoming south southwest in the afternoon.

Mostly cloudy, with a low around 8. South wind around 10 mph, with gusts as high as 18 mph.

Partly sunny, with a high near 27. South southeast wind around 9 mph.