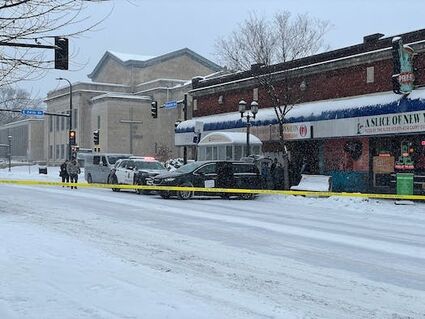 Minneapolis police responded to a fatal shooting at 24th Street and Nicollet Avenue on Wednesday afternoon.

A man was shot and killed at a bus stop in the Whittier neighborhood Wednesday afternoon, according to police.

Minneapolis police responded about 12:45 p.m. to reports of the shooting at 24th Street and Nicollet Avenue.

Officers found a man with a gunshot wound to the head on the sidewalk next to the bus stop just outside Hark's Food Market, Minneapolis Police Chief Brian O'Hara told reporters at the scene. Officers attempted lifesaving measures, but the man was pronounced dead at the scene.