Trump must not be above the law

The Jan. 6 committee has provided the Justice Department with a "roadmap to justice." 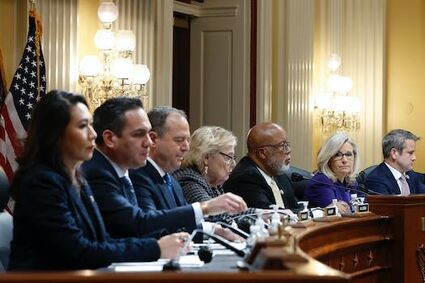 Members of the House Select Committee to Investigate the January 6 Attack on the U.S. Capitol held their last public hearing on Monday.

The Jan. 6 House committee has concluded its 18-month investigation, appropriately, by unanimously recommending that the Justice Department charge former President Donald Trump for inciting insurrection; conspiracy to defraud the U.S. government; obstructing an official act of Congress, and conspiracy to make a false statement.

The move is without precedent in U.S. history. But it was made necessary by a president who, from the moment he was elected, was convinced that the law and rules did not apply to him and stubbornly clung to power even after his defeat. Trump's legacy is now in tatters, tarnished beyond redemption by his actions. It is now imperative that he and his co-conspirators be brought to justice.

Mike Pence, who served as Trump's vice president, said earlier this week that the Justice Department should think twice before indicting the boss who took no action for hours as a raging mob invaded the Capitol and called for Pence to be hanged. "I think it would be terribly divisive in the country at a time when the American people want to see us heal," Pence said.