The strike won't happen immediately, and a Teamsters official said the two sides are close 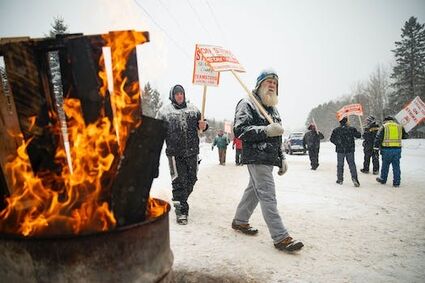 The union members overwhelmingly rejected the contract, a three-year proposal described in a county news release as "fair and equitable to both our employees in Public Works Highway Maintenance Division and to the residents and businesses we serve."

Over the weekend, the county tacked on an additional benefit: a 25-cents-per-hour private-use allowance for most workers, the equivalent of about $500 a year to be used for purchasing cold weather gear and safety equipment.

give these people what they're asking for it isn't even a lot. You can't even buy a decent pair of boots for $150 get real