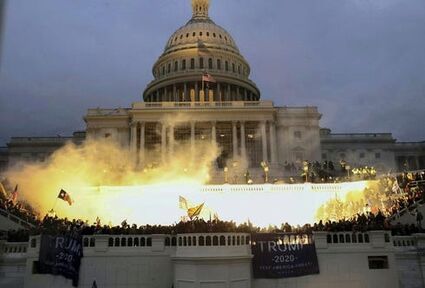 A U.S. House of Representatives panel on Monday asked federal prosecutors to charge Donald Trump with obstruction and insurrection for his role in sparking the Jan. 6, 2021, assault on the Capitol.

The Democratic-led select committee asked the Justice Department to bring charges against the Republican former president, including obstruction of an official proceeding of Congress, conspiracy to defraud the United States and insurrection. The request is non-binding, but may increase pressure on prosecutors, who are carrying out multiple investigations of Trump, to act.

Monday's meeting is likely the last final public gathering of a panel that spent 18 months probing the unprecedented attempt to prevent the peaceful transfer of power by thousands of Trump backers, inspired by his false claims that his 2020 election loss to Democratic President Joe Biden was the result of widespread fraud.