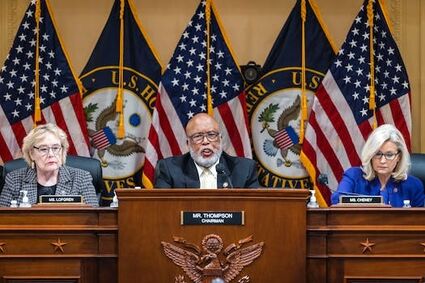 WASHINGTON - The House Jan. 6 committee urged the Justice Department on Monday to bring criminal charges against Donald Trump for the violent 2021 Capitol insurrection, calling for accountability for the former president and "a time of reflection and reckoning."

After one of the most exhaustive and aggressive congressional probes in memory, the panel's seven Democrats and two Republicans are recommending criminal charges against Trump and associates who helped him launch a wide-ranging pressure campaign to try to overturn his 2020 election loss. The panel also released a lengthy summary of its final report, with findings that Trump engaged in a "multi-part conspiracy" to thwart the will of voters.

At a final meeting Monday, the committee alleged violations of four criminal statutes by Trump, in both the run-up to the riot and during the insurrection itself, as it recommended the former president for prosecution to the Justice Department. Among the charges they recommend for prosecution is aiding an insurrection - an effort to hold him directly accountable for his supporters who stormed the Capitol that day.