Arctic air will blast much of U.S. just before Christmas 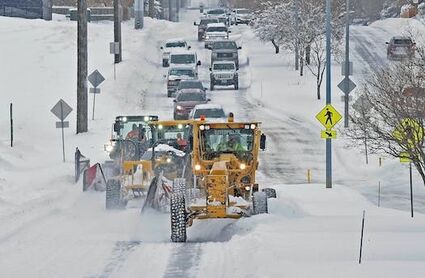 A trio of city snow plows cleared Century Avenue near Jaycee Park on Friday, Dec. 16, 2022, followed by a line of vehicles in Bismarck, N.D.

ATLANTA - Forecasters are warning of treacherous holiday travel and life-threatening cold for much of the nation as an arctic air mass blows into the already-frigid southern United States.

The polar air arrives as an earlier storm system gradually winds down in the northeastern U.S. after burying parts of the region under two feet (61 centimeters) of snow. More than 80,000 customers in New England were still without power on Sunday morning, according to poweroutage.us, which tracks outages across the country.