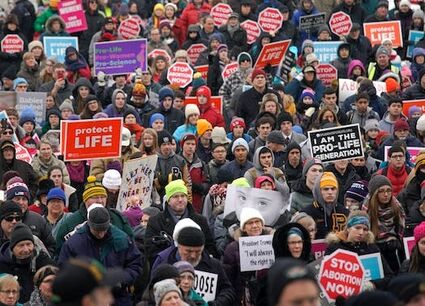 Saying he was inspired by the March for Life, a rally against abortion held at the Minnesota State Capitol every January, a Minnesota man gave nearly $850,000 to Minnesota Citizens Concerned for Life. His son stopped payment after his father's death, saying his father had not been of sound mind.

A Bemidji man says his cognitively impaired father was taken advantage of by Minnesota Citizens Concerned for Life (MCCL), a leading group opposing abortion that is run by the husband of U.S. Rep. Michelle Fischbach, R-Minn.

John Charais of Forest Lake made a gift of almost $850,000 in February to MCCL and its affiliated education fund, completely draining a family trust fund. The next day, he died by suicide at age 81.

His son, Nick Charais, stopped payment on the donation checks and says MCCL knew his father wasn't of sound mind when it accepted the money. Now the group is suing Nick Charais in Beltrami County District Court to get the cash.