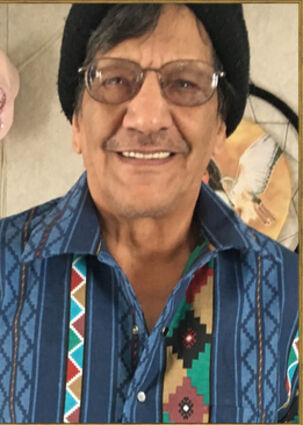 Richard "Rick" Allen Yeazle, age 72, of Cloquet, Minnesota died on Tuesday, December 13, 2022, at his home. A traditional wake service will be held at the Fond du Lac Cultural Center in Cloquet beginning at 5:00 p.m. on Friday, December 16, 2022, and continuing until the time of the ceremony. A traditional funeral ceremony will be held on Saturday, December 17, 2022, at 10:00 a.m. at the Cultural Center. Military honors will be provided by the Fond du Lac Honor Guard. Interment will be at New Holy Family Cemetery in Cloquet. Arrangements for Richard "Rick" Yeazle have been entrusted to Nelson Funeral Care in Cloquet.

Rick was born on April 13, 1950, to James and Janet (Vanna) Yeazle in Superior, Wisconsin. He was raised in Solon Springs, Wisconsin and attended school in St. Croix. Rick enlisted in the United States Army on March 3, 1970 and served in Vietnam. On September 28, 1972 Rick was honorably discharged. He then worked as a cook in numerous restaurants and most recently was employed at Kosta's.

Rick enjoyed doing crossword puzzles or playing slots at Black Bear in his spare time. He was honored to be a member of the Fond du Lac Honor Guard and the DAV. Rick will be remembered for his kind heart, sense of humor, and vociferous voice.

Rick is survived by his sister, Frances White of Cloquet and the Bosto Family. He was preceded in death by his parents.