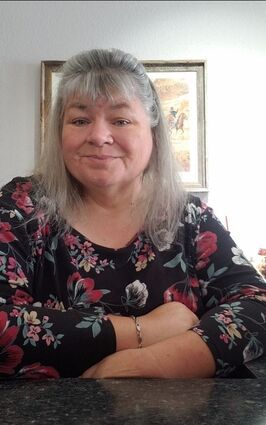 For six months, Laura Fox had been mysteriously losing blood. She went to the doctor for a blood test and discovered her white and red blood cell counts and platelets were dangerously low. A Chickasaw citizen, she found herself rushing to the Chickasaw Nation Medical Center Emergency Room.

"Everyone was really nice," said Fox. "I was very, very scared, but they explained how everything worked. It was the first time I had ever received blood, and they were explaining how safe it was and that I would be spending the night in the hospital, and they would keep a close eye on me to see if I would have a bad reaction."

After a successful blood transfusion, Fox was released the next day. "It did bring my blood levels up, so it helped me," she said. "It made me feel a little bit better. I wasn't as tired and weak. I was very grateful for everybody."

After examination, doctors found that Fox has a rare disease called sarcoidosis. The Foundation for Sarcoidosis Research estimates there are fewer than 200,000 cases per year in the United States. In addition to blood loss, symptoms can also affect the lungs, lymph nodes, eyes, skin, heart or other organs.

"As low as my blood was, I probably could have died. The levels were at 6.2, which is extremely low - 12 is average. It dropped very fast. Within two weeks, it went down about four levels. I am very thankful for who gave me that blood by donation. I wish I could give blood myself, but I have so many medical problems that I cannot. But I would do it to save another life if I could."

Fox's blood levels began lowering again and were at 7.9 as of mid-October. She said she would likely need another transfusion.

"I know you're nervous when going to donate blood, and it is scary, but think about the person who needs the blood. If you donate, you could be saving them, and I am thankful that someone donated and saved me," Fox said. "That night that I got the blood transfusion, I prayed to God saying thank you so much for whoever gave me this. It was very scary getting that blood and it will be scary next time I get it."

The Chickasaw, Choctaw, Muscogee and Seminole Nations have risen to the challenge of hosting several blood drives through January 2023. The second Tribal Blood Drive Challenge, in collaboration with the Oklahoma Blood Institute (OBI), will assist with the statewide blood shortage. The 2021 Tribal Blood Drive Challenge saved 2,169 lives with 723 donors and 566 products supplied to Chickasaw Nation medical care facilities.

Donors receive a themed T-shirt and receive a coupon for 50% off any 20-ounce shake to be redeemed at Tushka Fit, the Ada Wellness Center or The Hub Bistro in the Carl Albert Service Center.