Shooting Star welcomes country crooner to the stage on February 24, 2023 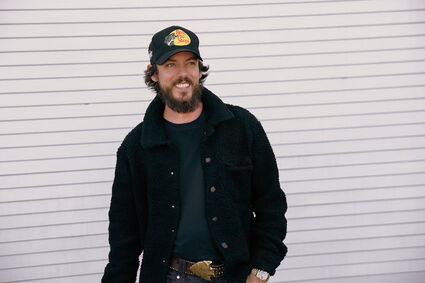 Currently recording his 5th consecutive career album, Chris Janson is said to be a "live legacy in the making." The American Country Music award winner has released hit after hit including, "Buy Me a Boat," "Fix a Drink," "Drunk Girl" and several more. His most recent album, "All In," features country superstar Eric Church and the iconic Travis Tritt.

Releasing his first album in 2015, Chris rocketed to stardom and hasn't slowed down since. With several major nominations to his name, including his smash hit "Buy Me a Boat" being recognized as Country Song of the Year by the iHeartRadio Music Awards, Janson has proved himself as a talented musician and incredible performer.

What's sure to be an entertaining night of country music, Chris Janson will be a show you won't want to miss.

Shooting Star Casino, located in Mahnomen, Minnesota, is regarded as one of the state's premier casino experiences. Owned and operated by members of the White Earth Nation, it includes amenities such as Las Vegas-style gambling, nearly 30,000 square feet of event/meeting space, a full restaurant and bar, and a hotel connected directly to the main building. The casino also boasts a well-appointed stage venue for concerts, hosting big names such as 38 Special, Charlie Daniels and Trace Adkins. Shooting Star, through these numerous accommodations and emphasis on customer service, aims to provide the very best casino experience possible to every guest.