US poised to approve Patriot missile battery for Ukraine 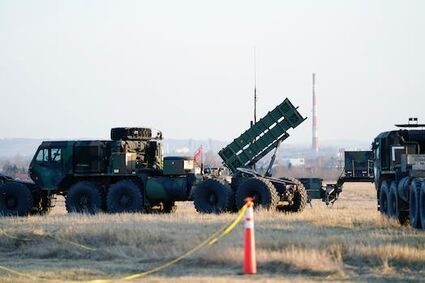 Patriot missiles are seen at the Rzeszow-Jasionka Airport, March 25, 2022, in Jasionka, Poland. U.S. officials say the Biden administration is poised to approve sending a Patriot missile battery to Ukraine.

The approval is likely to come later this week and could be announced as early as Thursday, said three officials, who spoke on condition of anonymity because the decision is not final and has not been made public. Two of the officials said the Patriot will come from Pentagon stocks and be moved from another country overseas.

Ukrainian President Volodymyr Zelenskyy pressed Western leaders as recently as Monday to provide more advanced weapons to help his country in its war with Russia. The Patriot would be the most advanced surface-to-air missile system the West has provided to Ukraine to help repel Russian aerial attacks.