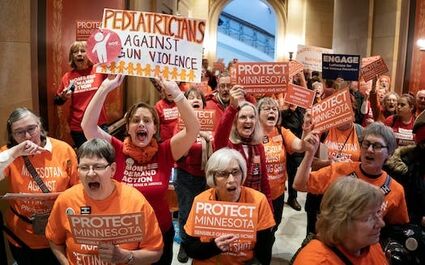 Minnesota Democrats hoping to enact stricter gun laws no longer have a Republican majority in their way at the State Capitol.

Now in control of the governor's office and Legislature, Democrats plan to renew talks of expanding criminal background checks to cover most private firearm transfers, and of "red-flag" protective orders that would allow authorities to temporarily take guns away from people deemed dangerous.

Their gun control push will follow yet another year with several mass shootings - at an LGBTQ nightclub in Colorado, a Walmart in Virginia, a supermarket in New York, an elementary school in Texas and a July 4th parade in Illinois.