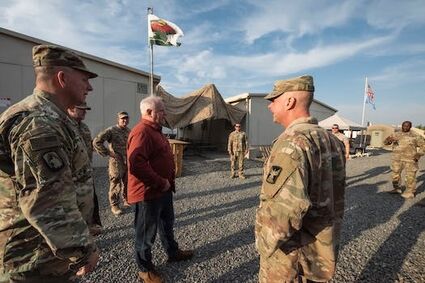 Office of the Governor

The roughly 100 Minnesota Guard members are there as part of an ongoing mission to establish the safety "and security of the transition of the Iraqi government, and ensuring those entities that want to do harm do not have a chance to regroup," Walz said Monday afternoon, one day after he returned home.

The multiday trip comes just ahead of the holidays, which the Guard members will spend across the world from their families. Minnesota troops currently deployed in the Middle East won't return home until next year.