Lasik patients should be warned of complications, FDA draft says 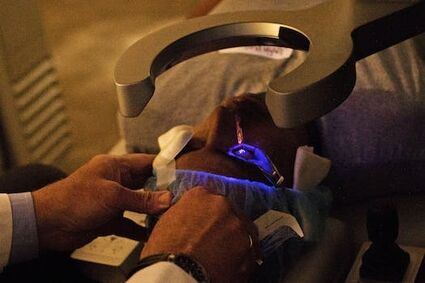 More than half a million Americans undergo LASIK surgery each year, hoping to remedy poor eyesight.

Patients considering Lasik surgery should be warned that they may be left with double vision, dry eyes, difficulty driving at night and, in rare cases, persistent eye pain, according to draft guidance by the Food and Drug Administration. After surgery, patients might still need eyeglasses, the document warns.

If put into effect, the agency's warnings are likely to come as a surprise to many Americans, who view the procedure as safe and commonplace. Every year, more than half a million adults undergo Lasik surgery to correct poor vision.

The operation involves reshaping the cornea, the clear round dome that covers the front of the eye and focuses light on the retina at the back of the eye. The surgeon cuts a thin flap in the cornea and folds it back, and then uses the laser to sculpt the cornea. Afterward, the surgeon replaces the flap.