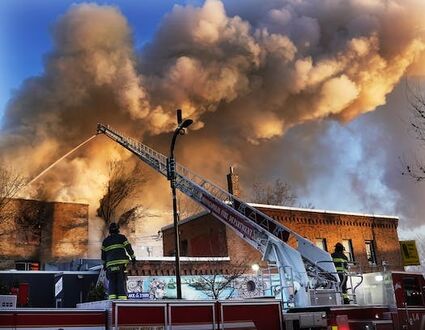 Minneapolis firefighters responded to a fire early Saturday in the 2300 block of S. Lyndale Avenue.

Federal officials on Tuesday announced they are offering $5,000 for information behind the fire last week that tore through a vacant Minneapolis apartment building.

The reward in connection with the blaze at 2312 S. Lyndale Av. on Saturday is being posted even though investigators have yet to deem the fire suspicious.

"Offering this reward does not mean that any determination as to the cause of the fire has been made. The team is looking at multiple possibilities, and the possibility of accidental, or intentional causes has not been ruled out," read a statement from William McCrary, the special agent in charge of the St. Paul Field Division of the federal Bureau of Alcohol, Tobacco and Firearms (ATF).