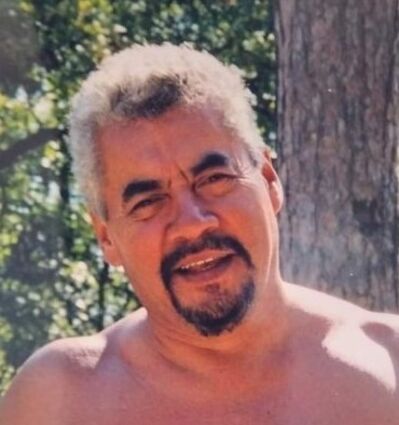 Doak was born on June 9, 1949, in Red Lake, MN, to Steven and Mae Audrey (Branchaud) Cobenais. He attended school in Red Lake, graduating with the class of 1967.

Doak was a heavy equipment operator at heart but branched out into several other vocations as well. Doak was a union man-local 49, of the International Union of Operating Engineers AFL-CIO. Doak also worked many non-union jobs. One of his many jobs was as an assembler for International Harvester in Oakland, California. Doak worked for Blattner Company out of Avon, Minnesota, for many years. Following that he worked for several seasons with different companies in Minnesota including Red Lake Builders. After moving to the Morton, Minnesota, area he branched out and became involved in the Indian gaming industry. Doak worked starting as a dealer and moving up to Pit Boss in Black Jack. Doak was then asked by the Red Lake Tribal Council (Former Chairman Butch Brun) after they built their casino, to come home and manage the Red Lake Nation Blackjack department based on his reputation. Doak became the Black Jack manager for the three Seven Clans of Casinos of Red Lake Nation. In 1994, Doak moved to the Upper Sioux Community outside of Granite Falls, MN. Doak started employment at the Firefly Creek Casino which due to the “100 Year Flood” of 1997 the Tribe needed to close the casino. Doak then worked with the Flood Mitigation Program because of this particular flood working on rebuilding community member homes as well as tribal buildings/offices. Following this he went back to Firefly Casino and aided them in making the move to the Prairie’s Edge Casino Resort. Doak then branched out to become a cage cashier.

Doak fully retired in 2012, so that he could take this time and care for his mother until her death, Doak always showed love to his family. Doak then settled happily into his retirement. Doak enjoyed bowling in his younger years as well as softball-pitching for Red Lake East Side. Doak took the time to teach Lee Ann cribbage at a young age along with darts and always offering her valuable life advice. Doak was an avid Vikings fan. Hobbies included playing on the Granite Falls pool league. Family life was so important to Doak, any and all family gatherings were something to be cherished. These gatherings included Fourth of July fireworks, potato launchers, bean bags (corn hole), playing pug (rummy) and enjoying all the good food, adult beverages and laughter. When Doak would come to Red Lake to visit, he always made his rounds to check on his family and friends. Doak was the life to anyone’s party. He loved and was very proud of his family. Doak was an accomplished walleye fish fry chef and requests were often made for him to provide this delicacy at many functions. Doak was loved by many because of the kind, loving, fun, and wonderful man he was. When Lee Ann had her firstborn son Doak made sure to be here with her and also named him-Steven Charles Cobenais, he was very honored to name his grandson.