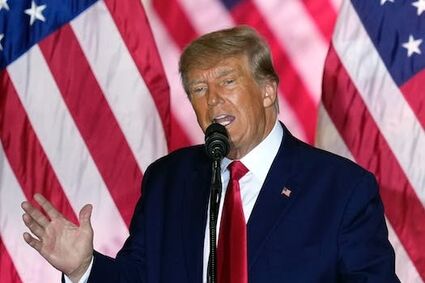 Former President Donald Trump announces a third run for president as he speaks at Mar-a-Lago in Palm Beach, Fla., Nov. 15, 2022.

NEW YORK - Donald Trump's company was convicted of tax fraud Tuesday for helping executives dodge taxes on extravagant perks such as Manhattan apartments and luxury cars, a repudiation of financial practices at the former president's business as he mounts another run for the White House.

A jury found two corporate entities at the Trump Organization guilty on all 17 counts, including charges of conspiracy and falsifying business records. Trump himself was not on trial. The verdict in state court in New York came after about 10 hours of deliberations over two days.

The conviction was validation for New York authorities who say their three-year investigation into Trump and his businesses is continuing. The probe, which began as an inquiry into hush-money payments made on Trump's behalf, later morphed into an examination of the company's asset valuation and pay practices.