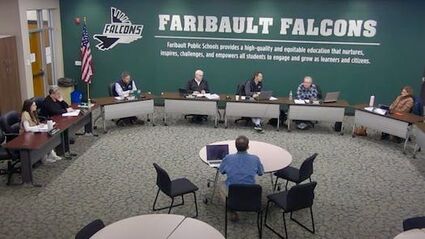 Faribault school board members in late November deadlocked on a resolution to accept $1.1 million in state funds to pay for drug abuse prevention programs for Black, Indigenous and other students of color. Some called the funding discriminatory.

A Somali mom came to the Faribault school board last summer to share concerns about drug abuse in the East African community, prompting the district to pursue - and win - a $1.1 million state grant meant to curb drug use among Black, Indigenous and other students of color.

Such funding measures are typically accepted without controversy. But this one, discussed at a November meeting attended by four of the board's seven members, revealed a rift among the officials when two of them objected to the grant's mission and questioned whether accepting it would discriminate against white students.

Board Chair Chad Wolff is bringing the funding up for another vote - this time of the full board - on Monday. At least five members say they'll vote in favor this time.