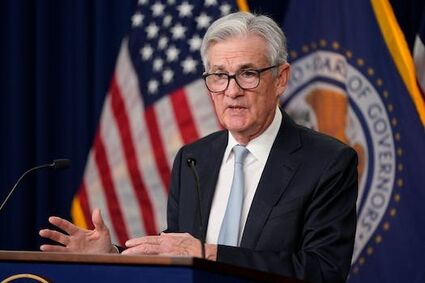 WASHINGTON - The Federal Reserve will push rates higher than previously expected and keep them there for an extended period, Chair Jerome Powell said Wednesday in remarks likely intended to underscore the Fed's single-minded focus on combating stubborn inflation.

Yet in a speech at the Brookings Institution, Powell also signaled that the Fed may increase its key interest rate by a half-point at its December meeting, a smaller boost after four straight three-quarter point hikes. Rate increases could then fall to a more traditional quarter-point size at its February and March meetings, based on previous Fed forecasts.

Powell said the Fed is seeking to increase its benchmark rate by enough to slow the economy, hiring, and wage growth, but not so much as to send the U.S. into recession.