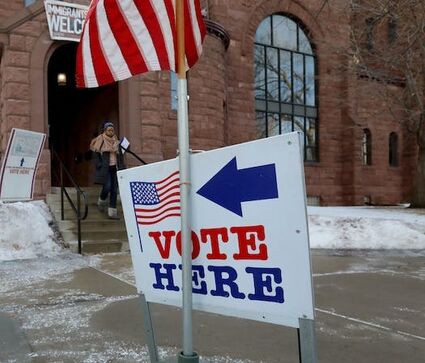 A voter left a Minneapolis polling place after casting her ballot during Minnesota's first presidential primary in decades on March 3, 2020.

Leading DFL elected officials are trying to sweeten Minnesota's pitch as it competes with other states for an early Midwestern spot in the 2024 presidential primaries.

Becoming one of the first Democratic presidential primary states could give Minnesotans the kind of major role in national politics that has eluded Minnesota when early states have gotten outsized attention. Michigan and Iowa are also among the states making a pitch for early status.