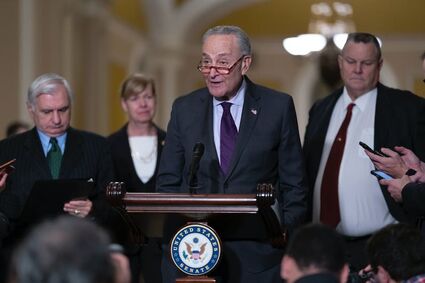 WASHINGTON - The Senate passed bipartisan legislation Tuesday to protect same-sex marriages, an extraordinary sign of shifting national politics on the issue and a measure of relief for the hundreds of thousands of same-sex couples who have married since the Supreme Court's 2015 decision that legalized gay marriage nationwide.

The bill, which would ensure that same-sex and interracial marriages are enshrined in federal law, was approved 61-36 on Tuesday, including support from 12 Republicans. Senate Majority Leader Chuck Schumer said the legislation was "a long time coming" and part of America's "difficult but inexorable march towards greater equality."

Democrats are moving quickly, while the party still holds the majority in both chambers of Congress. The legislation now moves to the House for a final vote.