Shooting Star Casino Welcomes Starship Back to the Stage 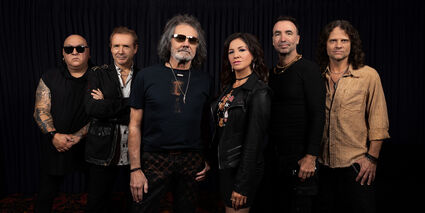 In 1979, Mickey Thomas joined the classic rock group, Jefferson Starship, as the lead vocalist and recorded a string of hits with the band. In 1985, the group was renamed Starship and their debut album Knee Deep in the Hoopla went certified platinum, followed by their second album in 1987, No Protection, going certified gold.

In some form, the band has been entrenched in the music scene for nearly four decades. It's no surprise Starship found great success around the world with Mickey's stellar voice and video charisma.

Playing their hits, "We Built This City," "Sara" and "Nothing's Gonna Stop Us Now," their past performances were always a spectacle, and the group looks forward to bringing that same energy to the Shooting Star stage. Audiences can expect to hear hits from Starship and Jefferson Starship, as well as a few selections from Jefferson Airplane as a nod to both band's beginnings.