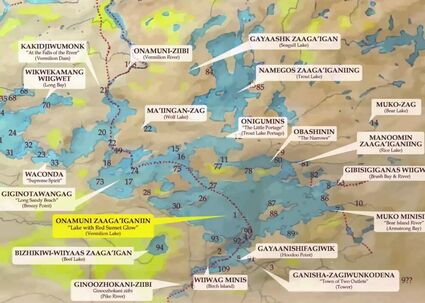 The names of many lakes, rivers and cities across northern Minnesota have roots in the Ojibwe language - Bemidji, for example, is derived from the word bemijigamaag meaning "Lake with crossing waters" - a reference to how the Mississippi River flows across Lake Bemidji.

But the names of many more places have been lost to history.

Now, a partnership between the Bois Forte Band of Chippewa, the nonprofit Ely Folk School, and several volunteer artists is seeking to change that. This week they're unveiling a map that features more than 100 Ojibwe place names from across the Band's territory, including names uncovered in diaries stored in the Smithsonian dating back to the 1800s. 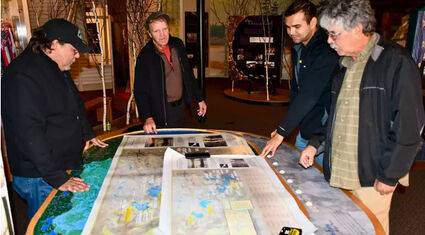