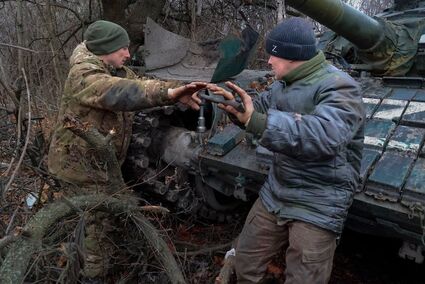 KYIV, Ukraine - Russia held back Monday from launching a new round of strikes that have been expected against power stations and other key infrastructure in Ukraine, as officials warned a lingering energy and water crisis from earlier attacks could prompt more evacuations from the capital.

"Every time we will be restoring it, the Russians will be destroying it," he told counterparts from seven Baltic and Nordic countries.