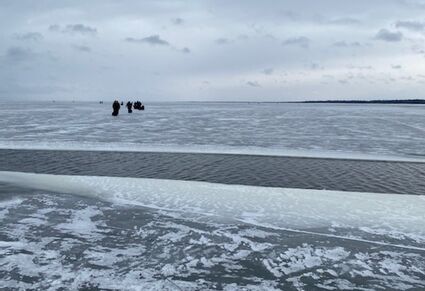 Several water rescue agencies and vehicles were dispatched to the scene. After assessing the extent of the open water with visual and drone operations, a narrow spot of the separation was found and a temporary bridge was deployed to evacuate the stranded fishermen. The location is the southeast corner of Upper Red Lake north of JR's Corner. First responders assisted the safe evacuation of dozens of individuals.

Due to the urgent nature of getting people off the ice and the likelihood that several groups were unaware of the separation, Beltrami County Emergency Management utilized a Wireless Emergency Alert (WEA) through the Integrated Public Alert and Warning System to notify of the evacuation. The WEA allowed notifications to be sent to cell phones of those who are not enrolled in the local notification system and provided GPS coordinates of the evacuation site. 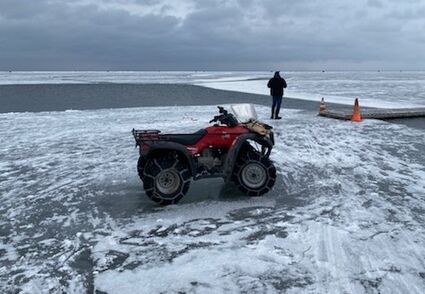 At 2:37pm it was determined that everyone requiring evacuation from the ice had been reached and emergency responders cleared the scene. In total, an estimated 200 individuals were evacuated from the ice. The Beltrami County Sheriff's Office reminds those who are thinking of heading on the ice that early season ice is very unpredictable. Extreme caution should be used when heading on the ice and to check the thickness frequently to ensure an adequate amount of ice.