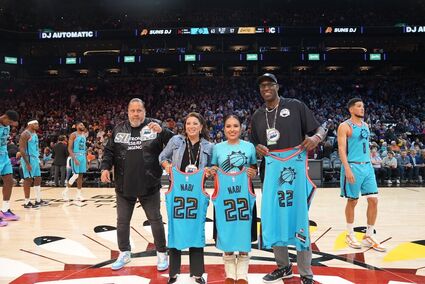 "Our20-yearcollaboration with the Suns andMercury has elevated NABI significantly.The tournament showcases'Rezball', a popular form of basketball played on tribal lands all over the Americas," said NABI co-founder, GinaMarie Scarpa. "Our annual tournamenthighlights the overlooked talent of our Indigenous athleteswho play the championship games on the same wood floor that both the Suns and Mercury compete on," added Scarpa.

"For two decades, thePhoenix Suns andPhoenix Mercury have led the way and setthe stage for other NBA teams to embrace and supportIndigenous youth and communitiesin their respective states. This momentmarks a significant time for NABI, the Suns, Mercury, and all Indigenous peopleacross Arizonaand beyond," said Stephen R. Lewis, Governor of the Gila River Indian Community. 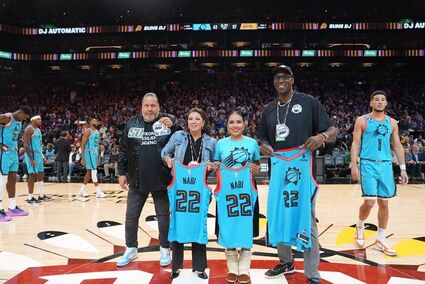 "The Phoenix Suns and Phoenix Mercury are honored to celebrate 20 years of partnership with NABI," said Graham Wincott, Senior Director of Marketingfor the Suns. "Our longstanding relationship with NABI is the foundation of the ORIGINATIV program representing Arizona's 22 Tribal Nations and celebrating the shared love of basketball. We look forward to continuing our work together and helping to showcase young athletes from tribal communities across the country for years to come."

Each summer, NABI has an estimated$1.5 million-dollareconomicimpact to the city of Phoenix. In addition, NABI has awarded over $400,000 in grants and college scholarships.