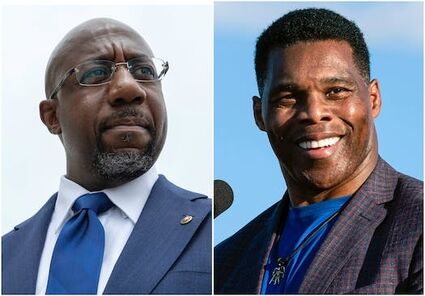 WARNER ROBINS, Ga. - Ads with the candidates' ex-wives. Cries of "liar" flying in both directions. Stories of a squalid apartment building and abortions under pressure. Questioning an opponent's independence. His intellect. His mental stability. His religious faith.

The extended Senate campaign in Georgia between the Democratic incumbent, Raphael Warnock, and his Republican challenger, football legend Herschel Walker, has grown increasingly bitter as their Dec. 6 runoff nears. With Democrats already assured a Senate majority, it's a striking contrast from two years ago, when the state's twin runoffs were mostly about which party would control the chamber in Washington.

"Herschel Walker ain't serious," Warnock told supporters recently in central Georgia, saying that Walker "majors in lying" and fumbles the basics of public policy. "But the election is very serious. Don't get those two things confused."