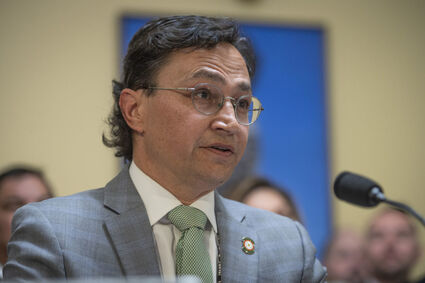 "The House Democratic Caucus will continue to explore a path toward welcoming a delegate from the Cherokee Nation into the people's House," Pelosi said in a statement.

The tribe's right to a delegate is detailed in the Treaty of New Echota signed in 1835, which provided the legal basis for the forced removal of the Cherokee Nation from its ancestral homelands east of the Mississippi River and led to the Trail of Tears, but it has never been exercised. A separate treaty in 1866 affirmed this right, Hoskin said.

"The Cherokee Nation has in fact adhered to our obligations under these treaties. I'm here to ask the United States to do the same," Hoskin told the panel.