Minnesota's legalization of marijuana will be the nation's best

We've put in the work to make sure of it. We're ready now 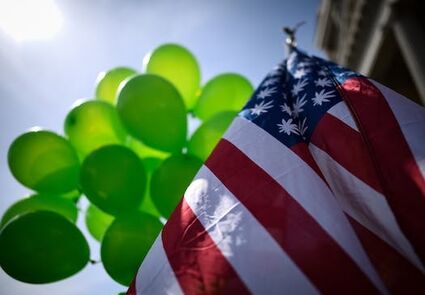 At a 2018 event in St. Paul seeking to raise awareness for state and federal marijuana legalization, there were green balloons and a marijuana flag.

When I started working on a bill in 2019 to legalize cannabis for adult use, Minnesota was not ready for that idea to become law. Proposals were confused and contradictory. Neither the House nor the Senate DFL had the votes necessary to pass it, and Republicans in the Senate were actively blocking cannabis legalization for their political benefit. Most important, Minnesotans had not been heard on what goals lawmakers should pursue in creating a new cannabis marketplace.

So much has changed in three years. Members of the state House spent two years traveling throughout Minnesota to talk directly with voters from Hibbing and Bemidji, St. Cloud and Duluth, Minneapolis and St. Paul, Faribault and Rochester, and Eden Prairie and Woodbury. Thousands of Minnesotans took the opportunity to be heard on cannabis.

We also engaged cannabis advocates and law enforcement. We studied the success and failures of other states. We spent months working through policy tradeoffs and refining the goals of the legislation. State agencies, local governments, chemical dependency and mental health advocates, and even cannabis opponents provided their input. Finally, legislators and our staff developed a set of policy goals in a range of issue areas, and we worked together to draft a comprehensive and sensible bill.