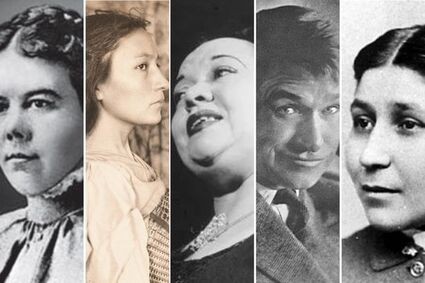 Indigenous peoples have persisted in the face of systemic racism and oppression to make indispensable contributions to our society. Earlier this week, in celebration of Native American Heritage Month, we shared stories of five Native Americans who helped shape American culture. Today, here are five more Natives of note who had a tremendous impact on culture in the United States.

"The Queen of Swing" Mildred Bailey was a popular jazz singer who rose to fame in the 1930s. She is considered the first non-African American jazz star.

Bailey's mother was an enrolled member of the Coeur d'Alene tribe. After growing up on the Coeur d'Alene reservation in Northwest Idaho, Bailey began a career at age 17 playing piano in movie theaters and singing in speakeasies in the Pacific Northwest. Then, still in her teens, she moved to Los Angeles, where her signature light soprano drew crowds when she sang at various nightclubs around the city.