Next task for Vikings coach Kevin O'Connell: Applying lessons learned from Bill Belichick against him 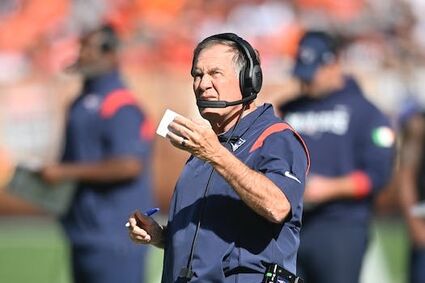 Patriots coach Bill Belichick coached Kevin O'Connell when he was merely a quarterback instead of Vikings head coach. The two will face each other Thursday night.

Bill Belichick's Patriots were getting thrashed so soundly by Tony Sparano's Dolphins back in 2008 that some greenhorn rookie third-string quarterback named Kevin O'Connell came in and mopped up the final six minutes.

"Mopped up?! That's a heck of a term!" said O'Connell, feigning outrage at the term when it was presented to him on Tuesday, two days before the Vikings head coach faces Belichick at U.S. Bank Stadium on Thanksgiving night.