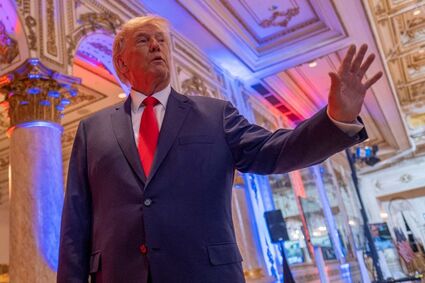 NEW YORK, Nov 22 (Reuters) - A New York judge has scheduled an October 2023 trial for former U.S. President Donald Trump, three of his adult children and the Trump Organization in a lawsuit brought by New York Attorney General Letitia James accusing them of fraudulently overvaluing the real estate company's assets and Trump's net worth.

Justice Arthur Engoron of the state Supreme Court in Manhattan set the trial date during a contentious hearing on Tuesday following motions by the Trumps the night before to have the civil lawsuit dismissed.

"I ruled on all these issues. It seems to me the facts are the same. The law is the same. Parties are the same," Engoron told Alina Habba, Trump's lawyer. "You can't keep making the same argument after you've already lost."