Oklahoma police: Suspect nabbed in killings of 4 at pot farm 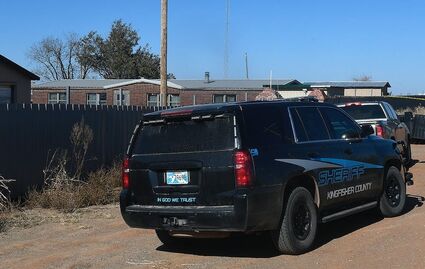 A Kingfisher County sheriff vehicle sits at the scene near Lacey, Okla., in Kingfisher County, Monday, Nov. 21, 2022, where four people were killed. State police in Oklahoma say that four people killed at a marijuana farm were "executed," and that they were Chinese citizens

The suspect in the weekend killings of four people at a marijuana farm in Oklahoma was arrested in the afternoon by officers in South Florida, police announced late Tuesday.

Wu Chen was taken into custody without incident just before 4 p.m. Central time by Miami Beach police and taken to the Miami-Dade County Detention Center, the Oklahoma State Bureau of Investigation said in an evening post on Facebook.

The arrest came "after a car tag reader flagged vehicle he was driving," it added. The suspect will be charged with murder and shooting with intent to kill and faces extradition to Oklahoma.