Police: Gunman kills 5 at gay club, is subdued by patrons 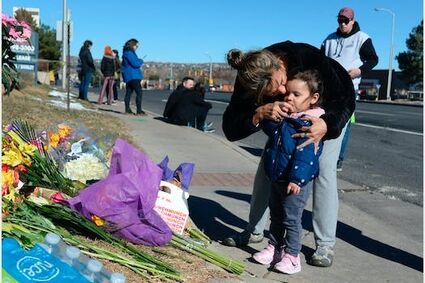 Nelly Brusnell signs a cross on the chest of Ivanna Brusnell after placing flowers near a gay nightclub in Colorado Springs, Colo., Sunday.

COLORADO SPRINGS, Colo. - A 22-year-old gunman opened fire inside a gay nightclub in Colorado Springs, killing five people and leaving 25 injured before he was subdued by "heroic" patrons and arrested by police who arrived within minutes, authorities said Sunday.

On its Facebook page, the club called it a "hate attack." Investigators were still determining a motive and whether to prosecute it as a hate crime, said El Paso County District Attorney Michael Allen. Charges against the suspect "will likely include first-degree murder," he said.