Legally bought guns turning up at crime scenes faster than ever in Minnesota, nationally

Some guns are being traced to crimes within days, hours of being stolen 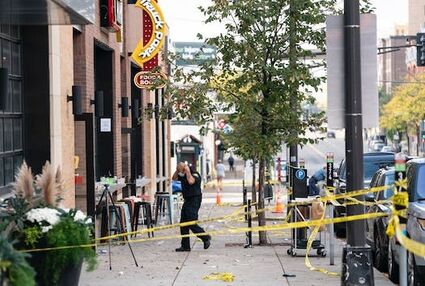 Federal prosecutors convicted a man linked to supplying the firearm used in the October 2021 mass shooting at the Seventh Street Truck Park bar in St. Paul.

A South St. Paul teen shot dead outside his home in a botched drug deal. Bullets peppered throughout a crowded St. Paul bar. A gun stolen from a Ham Lake home fired at motorcyclists less than a half hour later.

Legally bought firearms are showing up at crime scenes in Minnesota - and nationally - faster than ever, in part a reflection of a more concerted effort by law enforcement to trace guns used in crimes back to those who, in some cases, helped deliver them to the shooters.

"These are not the people who pulled the trigger, but the trigger doesn't get pulled without them," said U.S. Attorney Andrew Luger, who chairs a violent crime committee of top federal prosecutors around the country.