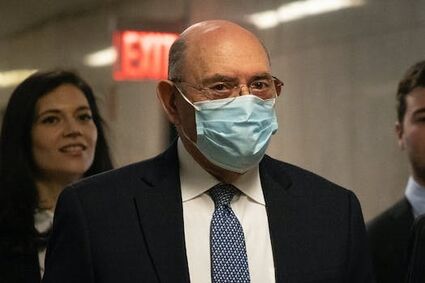 NEW YORK - Donald Trump's longtime finance chief choked up on the witness stand Thursday, saying he betrayed the Trump family's trust by scheming to dodge taxes on $1.7 million in company-paid perks, including a Manhattan apartment and luxury cars.

Allen Weisselberg, a senior adviser and former chief financial officer at the ex-president's Trump Organization, said he conspired with a subordinate to hide more than a decade's worth of extras from his taxable income, but that neither Trump nor the family were involved.

The Trump Organization is now on trial, accused of helping Weisselberg and other executives avoid paying income taxes on compensation in addition to their salaries. Prosecutors argue the company is liable because Weisselberg was a "high managerial agent" entrusted to act on its behalf.