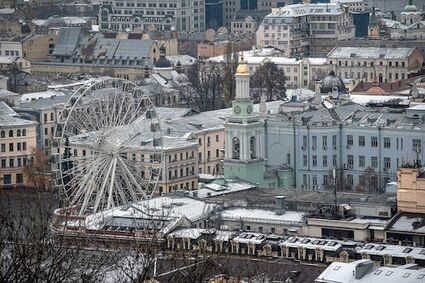 KYIV, Ukraine - Russian airstrikes targeted Ukraine's energy facilities again Thursday as the first snow of the season fell in Kyiv, a harbinger of the hardship to come if Moscow's missiles continue to take out power and gas plants as winter descends.

Separately, the United Nations announced the extension of a deal to ensure exports of grain and fertilizers from Ukraine that were disrupted by the war. The deal was set to expire soon, renewing fears of a global food crisis if exports were blocked from one of the world's largest grain producers.

Even as all sides agreed to extend the grain deal, air raid sirens sounded across Ukraine on Thursday. At least seven people were killed and more than two dozen others wounded in the drone and missile strikes, including one that hit a residential building, authorities said.