Vikings are rolling, and rolling the tape 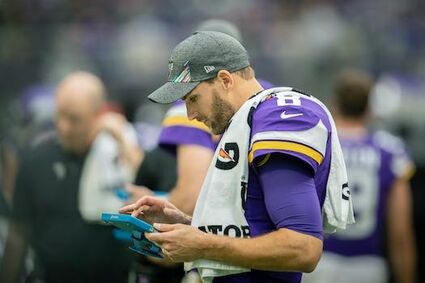 Quarterback Kirk Cousins, shown with a sideline tablet in 2019, is an avid watcher of film.

Patrick Peterson speaks fluent Football. Ask the Vikings cornerback about a specific play in a game and he will dissect it like a mathematician explaining the Pythagorean theorem.

His vast football IQ stems from playing 12 NFL seasons and, perhaps more so, from exhaustive preparation over the years that includes studying opponent tendencies, route concepts and details that are never too minor to be deemed unimportant.

He's a film junkie. The pigskin version of Siskel & Ebert.