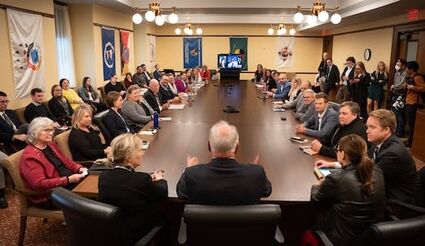 Minnesota Gov. Tim Walz must replace his top health, education and public safety leaders after announcing the largest shakeup of his cabinet.

Malcolm and Harrington had served with the DFL governor since he took office, helping lead the state through the turbulent COVID-19 pandemic and the aftermath of George Floyd's murder by police, respectively. But Mueller's exit from the Department of Education comes less than two years into her tenure and amid recent calls for her to resign for failing to swiftly shut down Feeding Our Future, a nonprofit accused of orchestrating the nation's largest pandemic fraud.