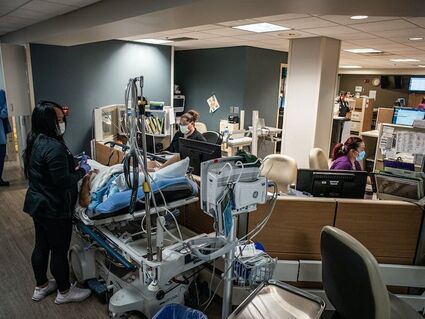 Health care shortages are creating backups and a lack of beds at hospitals all over the metro area, such as in the emergency department at M Health Fairview St. John's Hospital in Maplewood, where patients were placed in the hallways Nov. 3 because of the shortage of beds.

No seat was available outside the St. John's Hospital emergency department on one recent afternoon - not in two waiting rooms, or the hallway between them, or the benches at the sliding glass front door, or near the decorative Snoopy.

Some patients slept, others writhed in pain, others twitched and wondered if they should leave. Some had received care, just not inside the ER. It was a mass of 40 sick people, all of them waiting.

"It's dehumanizing," said Amy Lockwood of St. Paul, who sat with kidney pains in a hallway chair for four hours. "This is a good hospital. I've never seen it like this. This is crazy."